“HAVE A VOICE AND USE IT.
YOU CAN CHANGE HISTORY.”

Dr. Al-Malaki is the first Qatari woman to teach in the vast, impressive complex called Education City in Doha. (See Post The Brightest Possible Future, May 7, 2012.) The quotation above is her answer to a question posed by the Lebanese reporter Rima Maktabi during an interview on CNN:  “What do you tell your female students?”  She goes on to say “My generation had limited dreams. The new generation is lucky…. can talk about anything …” Dr. Al-Malaki epitomizes two growing trends in the Middle East: the increasing visibility of women in positions of power and the emphasis on the value of educating girls.

Full disclosure. This is a hard post to write, which is why I have postponed doing it. The status of women in the Muslim world is an incredibly complicated subject, impossible to cover in a brief piece. And, as I have pointed out, I am neither a scholar nor an activist. More a pilgrim and an observer. I do not want to seem glib or to gloss over the harsh realities women face here in the Middle East. On the other hand, the purpose of this blog is to highlight seeds of change and sparks of hope and to move beyond stereotypes by offering sketches and vignettes. Also, I believe that it is important to highlight the heroic efforts of ordinary citizens to do good and make a difference in whatever way they can, even in the direst of circumstances, therein transcending apathy and fear.

Arab Muslim Women are indeed becoming more influential in the political, corporate and cultural landscapes. There are record high levels of women pursuing college and post-college degrees, in all fields, from the arts and humanities to engineering and medicine. Click on the links of the women mentioned here to learn more and to be inspired. 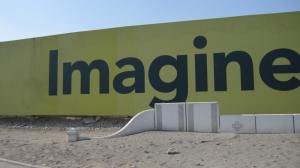 Several women stand out as leaders, in addition to Dr. Al-Malaki. The Minister of Foreign Trade of the United Arab Emirates, Sheikha Lubna al Qasimi, is a powerful voice in both business and government matters. She advocates a more flexible workplace culture for men and women who are eager to balance their personal and professional lives. Sheikha Lubna was recognized by Forbes Magazine, along with Sheikha Mozah bint Nasser al Missned of Qatar, the visionary founding director of Qatar Foundation and the force behind pretty much all of the education innovation and growth in this country, and Maha al-Ghunaim, vice chairman and managing director of Kuwait’s Global Investment House. As Shaikha Fatima Bint Mubarak, wife of the founder  and first president of the United Arab Emirates,  told the Gulf News, Nov. 29, 2009: “UAE’s women are no longer just claiming their rights, but are also exercising them.”

Here are a few of the gains Gulf Arab women have made recently. Omani women can now receive free government-allotted plots to build their own homes, just as men have for many years. Headscarves are no longer required for Kuwaiti lawmakers, and women there have won the right to obtain passports without their husbands’ consent. Qatar University College of Law has established the first legal clinic devoted to domestic violence, an initiative led by a graduate, Muna al- Marzouqi.  Also in Qatar, women serve in many important roles, such as Minister of Education and Head of Qatar’s Supreme Judicial Council.

As for education, a report from the Qatar Visitor website- “Qatari Women and Education”-on October 14, 2010  stated that the literacy rate of Qatari women is now 88.6%, one of the highest in  the Arab world. This is especially impressive when one considers that the literacy rate for the entire country was a staggering 0%  less than a century ago. ( See Post Back to the Future, January 17, 2012.) It is clear from publications featuring the writing of young Qatari women that they are feeling both enthusiastic and empowered.

“You never know where you might end up or if your wildest dreams might eventually come true.
You just have to believe in yourself and have faith in your dreams. I have full faith in mine.”
Al Jazzy Abdullah al Margahi, college student, Qatar (Qatari Voices– see Recommended Reading)

“I’m a seventeen year-old lady who is studying medicine at Weill Cornelll Medical College in Qatar. I feel that I’m able to take   responsbility for my life.”   Nadya al Awainati   (Qatari Voices) 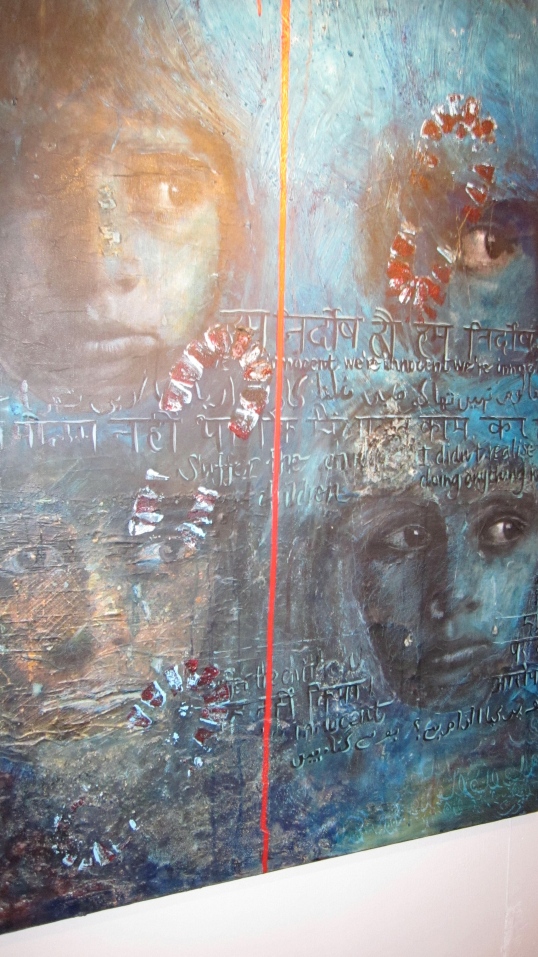 (Painting by DeeDee Dewar, outstanding artist and teacher at the Museum of Islamic Art in Doha)

“Women’s roles in our nation have reached those of men if not exceeded them. The idea of men as the bread winners is not valid anymore. My sister, Kholoud, started a successful Spa business; my mother went out to teach children the Islamic religion in primary schools, while I became the CEO of a multibillion (dollar) company. I wish you (were) here to see how women have become almost equal to men in contributing to the growth of our country.”
Hissa Abdullah Ibrahim al Maadeed, B.A. in Business Administration, American University of Sharjah (Qatar Then & Now)

The fact remains that there is a disturbing contradiction in the treatment of  Muslim women. Publically they can be exalted and revered; privately they are often scorned and demeaned. Marriages are still arranged. In Saudi Arabia the rules governing women’s behavior are extremely strict. Saudi women cannot drive, are segregated from men, and cannot go outside without a male escort. They can be legally murdered by a male family member for violating their code of conduct.  On the same page of The Peninsula in Doha, there are two headlines: “Militants blow up girls school in Kyber”and “Karachi models defy Taliban threat with a glamorous fashion show.” For every gain, there is a step backward, it seems. Progress is slow, but every time I drive by this huge billboard near  my job at Education City, I feel encouraged.

“Give me a place to stand and I can move the world.”

2 thoughts on “Women Speak Out”