The Middle East: My Questions 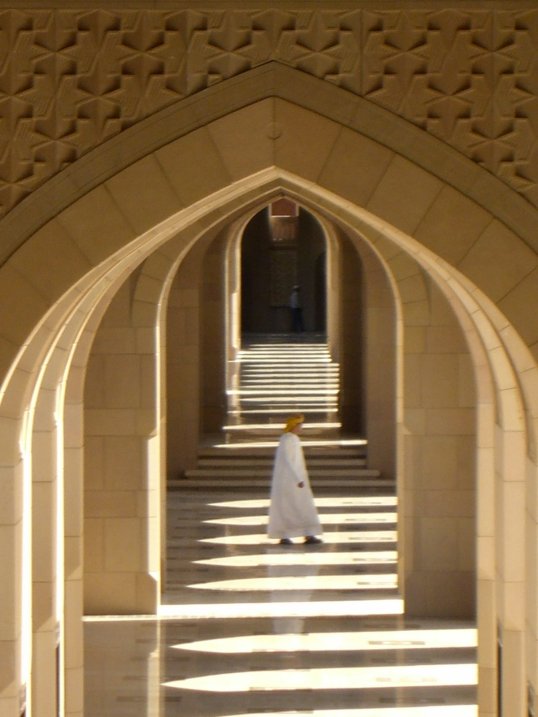 “When we try to pick out anything by itself, we find it hitched to everything else in the universe.”

Confession: I have been avoiding writing this post for months because: #1: It is hard. #2: I do not want to get into political or religious commentary. #3:  I am loathe to judge another person, let alone another culture.  But I feel obligated to do a sort of “reality check” after focusing primarily on the impressive, beautiful, admirable aspects of the Arabian Gulf. It is a sorely misunderstood part of the world.

When I finally did start writing, I kept getting tangled up in my thinking and coming back to the remark above by the environmentalist John Muir. He is  talking about the natural world in the broadest sense: trees, bacteria, rocks, fish, mountains, human beings, tears, sweat, cultures, stars, worms, religions, myths, life, breath, death.  We are one community. 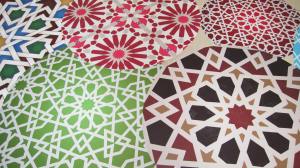 As I ponder the ongoing strife and tragedies in the Middle East and try to sort out what seems “right” and what seems “wrong”, my lines of analysis criss-cross. There are contradictions and inconsistencies within every culture, indeed within every human heart and soul.

I am repelled by acts of aggression, civil rights violations and human rights atrocities, not only in the Middle East but also all over the world.  I am baffled and outraged by how radical extremists of all faiths and political persuasions condone and justify their acts of violence.  Genocide? Honor Killings? Holy Wars?  Even the terms are traps. 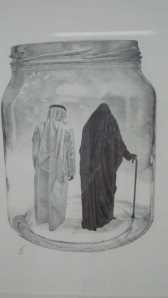 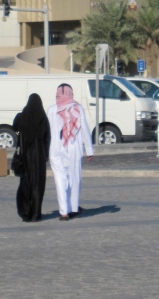 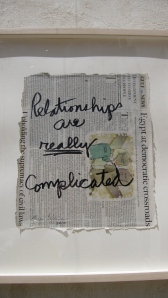 My husband and I just finished watching again the superb series The Six Wives of Henry Vlll, starring Keith Michell.  Recalling the bitter feuds boiling over for centuries in the West among families and nations and within the Christian Church made us reconsider our view of the ongoing controversies in the Middle East.  The bad news: human nature is complex and flawed. The good news: things can get better.

I will always wonder…

What is the difference between purists/fundamentalists and extremists?

How can the tender, flowery love language of Arab and Persian poets co-exist with the hard edges and the brutality of life there?

A poet in Doha- (WSJ ,Nov. 30 2012) was sentenced to life in prison on charges of undermining the authority of the ruling al Thani family. Criticizing leaders is against the law in both Qatar  and the UAE. How can these two governments progress toward more liberal policies for their citizens when they will not allow dissent?

But what I wonder most is what will happen to these innovative, energetic, proud cities in the aftermath of the Arab Spring.  I will watch, fondly, with hope, from afar.

The posts on the Middle East will end just as they began, with a poem by Hafiz, who says it all in 29 words.

Out of a great need
We are all holding hands
And climbing.
Not loving
Is a letting go.
Listen,
The terrain around here
Is far too dangerous
For that.

(Photo credits: The drawing of the Muslim couple in the jar was in an exhibit at the Bastakia Art Fair, Spring 2010; the “relationships collage” was seen at Virginia Commonwealth University in Doha, Fall 2011- artists unknown.)    Next Post: Mongolia: The Last Frontier 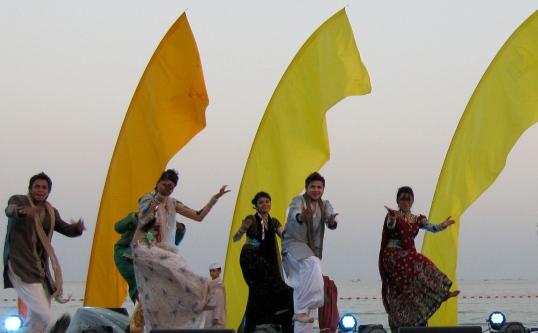 One thought on “The Middle East: My Questions”