What’s In A Name?

“No race in the world prizes lineage so highly as the Arabs and none has kept its blood so pure.”

One of the first challenges in arriving in the Middle East is trying to decode and pronounce the long names. It seems rude and lazy to mumble them or to avoid saying them altogether, and worse yet to call people by the wrong names.  When I first started teaching, I was so daunted by the fifteen seemingly identical men in white gowns (thobes) and headscarves  in my class with their complicated names, that I wrote notes to myself about their appearance and my own version of a pronunciation system, so I could sort them out. Saleh: “SAY-luh, with the sharp wit and expressive face”.  Jalal: “Juh-LAL- easy-going manner and  smiling eyes”.  Ahmad: “AH (with a little coughing sound)-med, who asks many questions”.  Fortunately, one only needs to call them by their first names! 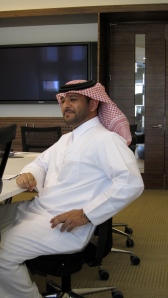 I soon learned that there is indeed a pattern to Arabic names.  For men, “bin” ( or “ibn”) following the first name  means “son of” and is followed by the father’s first name, which is then followed by “al” which means “from the family of.” For example, the sheikh of Dubai is Mohammed bin Rashid al Maktoum.  His father was  Rashid bin Saeed al Maktoum.  One of Sheikh Mohammed’s sons is Hamad bin Mohammed al Maktoum. The Qatar “emir,” another term for sheikh used more frequently among Qataris,  is Hamad bin Khalifa al Thani.  His father was  Kahlaifa bin Hamad al Thani. One son of the Emir is Tamin bin Hamad al Thani. There are only a few Arab names. Mohammeds, Khalifas, Thanis, Hamads,  Abdullahs, and Hassams abound. Therefore, this naming system allows one to unravel the puzzle of a person’s lineage. And family is absolutely central in the Arab culture, the key to a person’s identity, the most important of all qualifiers. 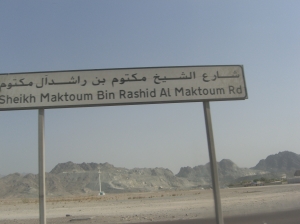 It is interesting to note that women keep their father’s family names when they marry. After a woman’s first name is “bint” followed by her father’s first name, then “al” referring to the father’s family name. For example, the third wife of Sheikh Mohammed is Haya bint Hussein. (She is the daughter of the late King Hussein of Jordan.)  The second wife of the Emir of Qatar is Mozah bint Nasser al Missned. This custom means that a couple never has the same family/last name, unless they are cousins, a common arrangement in royal families, which makes things even more confusing! A child never takes on his mother’s family name. In fact, it is impossible to determine who the mother of any individual is in the Arab world unless you are a personal acquaintance or it is a famous, usually royal, family who has made its records public, which is rare. Thus, you will not be able to identify the mother of any individual. 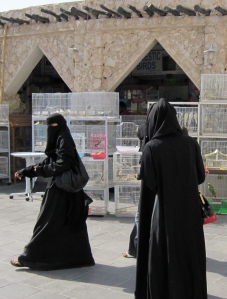 At first, I found this strange, but I quickly realized I was over-simplifying, tangled up in cultural nuances and assumption. Many women in the United States keep their so-called maiden names and give their children either hyphenated last names or only their husbands’ names. In other words, they are joining what is called the patrilineal genealogical structure of Asia and the Middle East, where there are no recorded birth lines to the mother’s family. It is easy to get trapped into dualistic thinking. “They do it that way in the East. We do it this way in the West.” The lines are blurred. And there is no one right way.